Critical Data Studies is emerging as an important and much needed discourse and practice of inquiry about data at the time of ubiquitous data practices. While these practices are regularly characterised as extractive and driven by exploitation and forms of surveillance there is a growing need for alternative methods addressing ethical, cultural, social and political aspects of data.

This half-day symposium is an interdisciplinary conversation about preservation and processing of data, bodies and food. Taking as its framework research and curatorial project Fermenting Data https://fermentingdata.net/, the symposium presents artistic and curatorial approaches to working with data, and it asks how speculation and thinking data otherwise can support developing new epistemological approaches to study of data while also offering new tools and methods for data practices.

11.00 Sissel Marie Tonn: What is the future for us bog bodies?

12.10 Plenary conversation with speakers and participants: How speculation might be a critically and creatively useful method for engaging with data, and where it falls short? 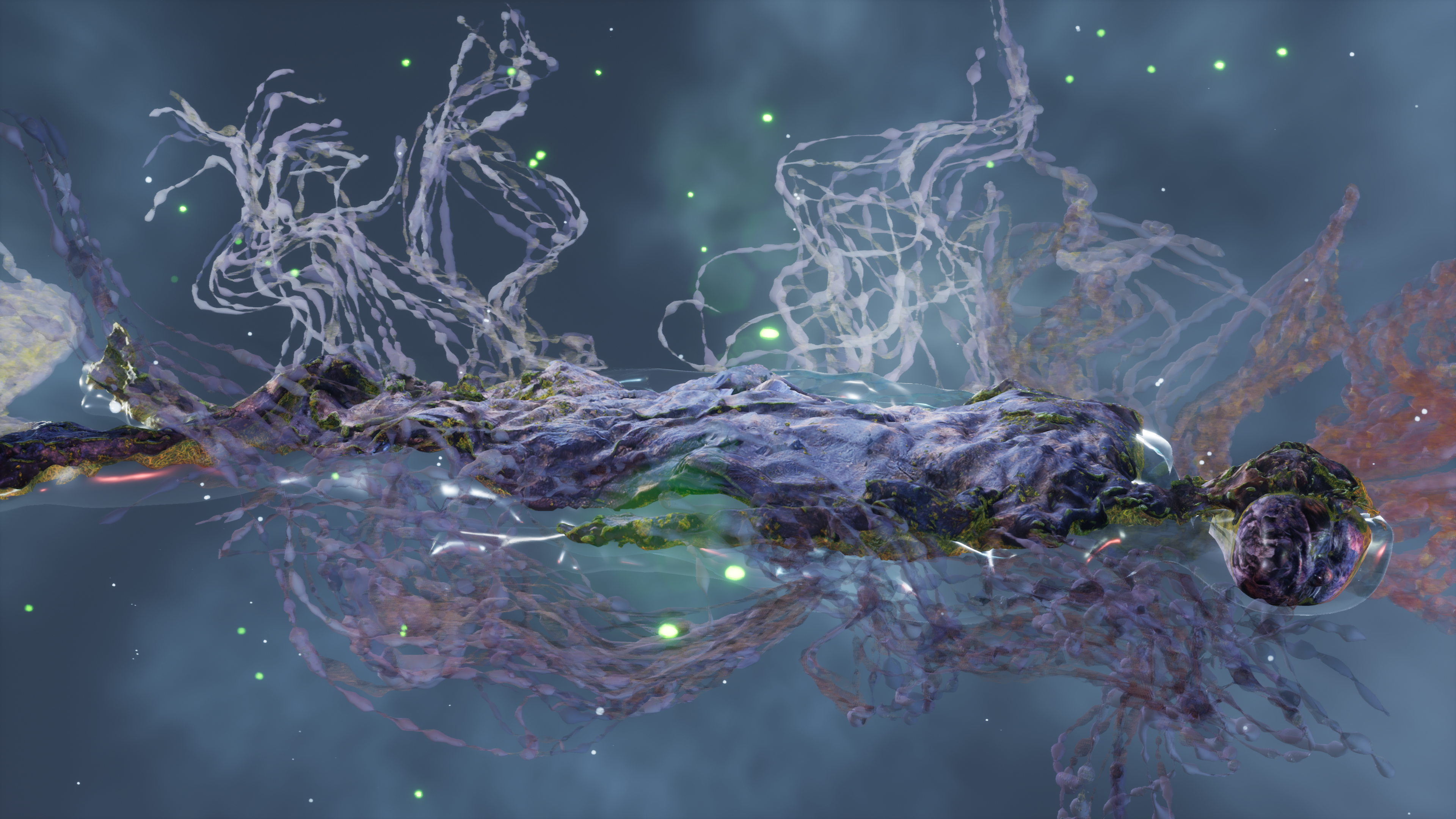 Sissel Marie Tonn | What is the future for us bog bodies?

"Everyone carries a history of contamination; purity is not an option”. (Anna Tsing, The Mushroom at the End of the World)

For as long as I can remember I have been fascinated with bog bodies. But recently, I found out that through Strontium Isotope analysis you can find out where in the landscape these humans roamed, before they found their final resting place in the bog, which preserved this body-environment data for thousands of years.

This research (conducted by Research Professor in Archaeometry Karin Frei) reminded me of contemporary toxicological research into “forever chemicals” such as the group known as PFAS. As Tsing states in the quote above, this chemical group is one of those industrial materials that permeate and persist in almost all human and non-human bodies today. In my work I am always seeking out the moments where the relations between body and environment becomes clear. These are the moments when the “Enlightenment figures of coherent and masterful subjectivity” (Donna Haraway) break down.

For the Fermenting Data symposium and exhibition I will (re)turn to look at the “forever-chemicals” group known as PFAS, and how their long lifespan challenge us to consider material and durational entanglements with the world. In the talk I will be sharing my musings on how the bog body might help us consider the ways in which our bodies are materially entangled with the surrounding world - that purity is not an option - and how this awareness may foster a collective stance against contaminating, capitalist practices.

Sissel Marie Tonn is a Danish artist based in The Hague. Her practice focuses on the shifts in perception that occur when humans are entangled with their environment, blurring the boundaries between bodies and surroundings. Her artistic research often results in interactive sensorial installations and objects as an invitation for the audience to actively participate in her works.

Tonn was the recipient of the Theodora Niemeijer prize for emerging female artists, resulting in her first solo show at the Eye in Van Abbemuseum, Eindhoven. She was a resident at the Jan van Eyck Academie in Maastricht in 2017 – 2018. In 2019 she received the talent development grant from Stimuleringsfonds NL, and in 2020 she was the recipient of the BAD Award, together with scientists Heather Leslie and Juan J. Garcia Vallejo for their project Becoming A Sentinel Species. Her work is frequently exhibited in The Netherlands and internationally, most recently in Istanbul Design Biennial (2018), Ballroom Marfa (2018) and Kikk Festival in Namur (2019). sisselmarietonn.com 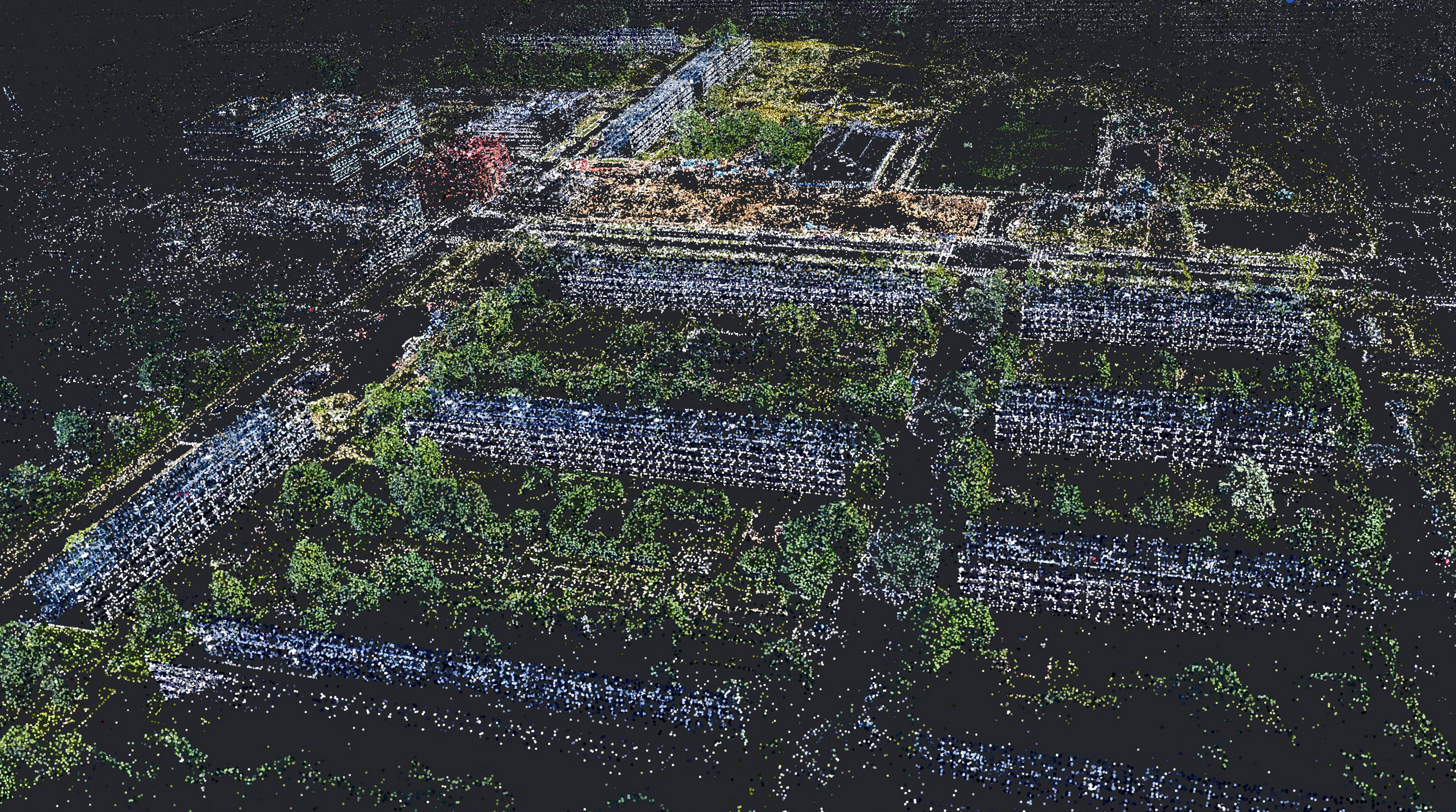 The Aarhus Urban Operating System is an instrument that documents the audiosphere of Aarhus to produce new musical compositions of and for the city. The first iteration of AaUOS compiled sound recordings from Aarhus Ø, the southern harbour area and the exhibition space Spanien19C's concert archives, to perform an urban development pop music that addressed the ongoing transformation of the city's waterfront in the east.

For the Fermenting Data project, AaUOS looks at the western part of the city, specifically Gellerup-parken and Toveshøj, that have been labeled as ghettos by successive Danish governments since 2010. Development plans in these areas focus on the physical restructuring of neighborhoods, supported by data in a series of case studies from other European countries. This data is allegedly providing evidence that the demolition of housing - and its subsequent social effects - is desirable, as it produces areas that are no longer “unsafe” for residents of the city.

AaUOS compiles sound recordings from Gellerup and Toveshøj to map these areas from within, and to find other ways, beyond the bureaucratic and oppressive, of working and performing with data.

Anders Visti Artist working with code. Founder and co-editor of the publishing house * [asterisk] from 2002-12. Founder and editor of the printed web publication ‡ DobbeltDagger and initiator of Code&Share[ ] and !=null, two public forums for artists, researchers, developers and hackers using contemporary technology for creative expression and aesthetic inquiry andersvisti.dk

What would data look like if it was fermented? What would be part of fermentation process if we replaced cabbages and other plant matter with data? These questions are rather unusual and might seem confusing to a scientific inquiry. But in their out of ordinariness they invite speculations that support alternative thinking to contemporary data practices. Fermenting data is a research and curatorial project that invites to invent practices of data, and thinking data otherwise to start to imagine possible histories and futures of data and their source.

While these questions reflect my own interest in data and my practice of fermenting, the project is a collaborative endeavour where people, microbes, jars, data, city, computers, and many other elements come together to think and make with fermenting data. In this talk I will introduce fermenting data as a speculative curatorial approach to sensing and sense making, and a method for holding space for thinking and creating speculative worlds together.

Magdalena Tyżlik-Carver (PL/DK/UK/IT) is Associate Professor in the Department of Digital Design and Information Studies at the School of Communication and Culture at Aarhus University. In her research and curatorial projects she explores relational arrangements of humans and nonhumans and their biopolitical creations through posthuman curating and curating in/as common/s, future thinking, affective data and data fictions. Her recently curated exhibitions and events include ScreenShots: Desire and Automated Image (2019), Movement Code Notation (2018), Corrupting Data (2017), Ghost Factory: performative exhibition with humans and machines (2015) and Common Practice (2010, 2013). She is co-editor (with Helen Pritchard and Eric Snodgrass) of Executing Practices (2018) a collection of essays by artists, programmers and theorists engaging in a critical intervention into the broad concept of execution in software. thecommonpractice.org